Have you been looking for an easy, quick crochet pumpkin pattern? Here it is! This is my favorite way to make pumpkins. I tried the "rustic texture" look and while I liked it, I found it took me longer than I wanted and closing the top was a bit tricky.  This pattern is a lot quicker, and turns out SO super cute! 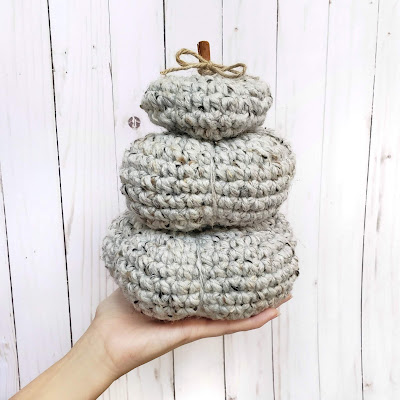 I made most of my pumpkins in three different sizes (small, medium, large) but it's easy to make them smaller or larger for mini or jumbo sized pumpkins!

Most category 6 yarns will work, but I really enjoy working with Lion Brand Thick & Quick, Premier Yarn Mega Tweed, and also Big Twist Naturals (all available at Joann Crafts).  I was able to make 2-3 pumpkins per skein, depending on the size made.  I ended up using a 7mm hook, but use the hook size that keeps your pumpkin from getting too many gaps between stitches and is still easy to use. Gauge doesn't matter a whole lot! 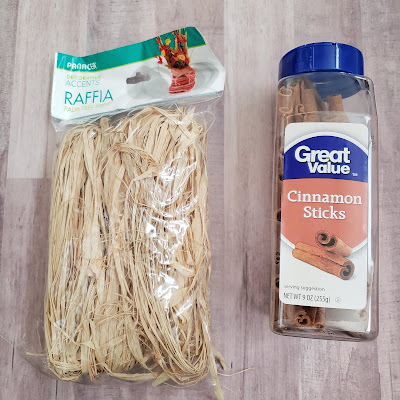 (I love using real cinnamon sticks as my stems... they smell amazing! But, real wood will work as well and also looks great!) 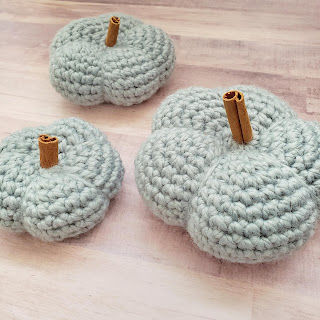 Pattern (large pumpkin):
*Pattern is worked in the round. Do not join at the end of each round*
Sc = Single crochet
Dec = Invisible decrease

Begin with a Magic Circle (MC). Leave the MC loose, about the width of the cinnamon stick.

-- Secure your starting yarn end, but leave your MC large enough to fit a cinnamon stick securely without falling out --

Cut your yarn, leaving a long tail (wrap yarn around the pumpkin 3 times to estimate the length needed) and pull through the loop.

Sew through the last 6 sc sts to close the gap and secure.

Using the long end, go from the bottom of your pumpkin around the side to the top. Insert the needle in between the MC and rnd 2, right outside the MC, and push the needle down to the bottom through the pumpkin where you started.  You'll do this a total of 5 times, spaced evenly around the pumpkin. Pull each one securely as you go until you get the texture you want. On the last pull, secure & fasten off at the bottom of the pumpkin. 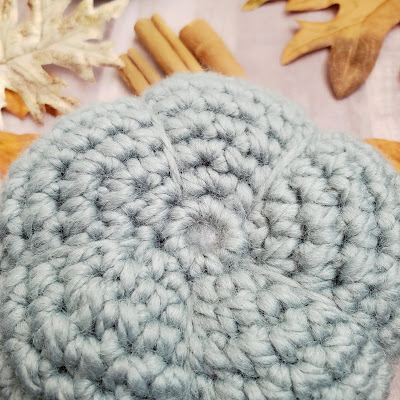 Insert your cinnamon stick in the MC. I like to wiggle mine down til it feels secure, but you can also hold it with some hot glue if you're worried about it coming out. Tie a piece of twine or raffia around the stem and you're done! 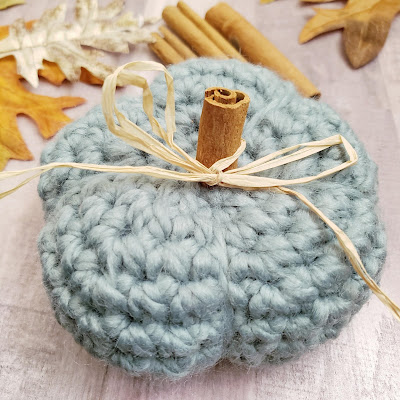 Small size:  Increase to Rnd 5 (30 sts) for a small pumpkin. Put 1 sc in each st around for 4 rounds. Then pick up with the decrease starting at Rnd 14.

Medium size:  Increase to Rnd 6 (36 sts) for a medium pumpkin. Put 1 sc in each st around for 4 rounds. Then pick up with the decrease starting at Rnd 13. 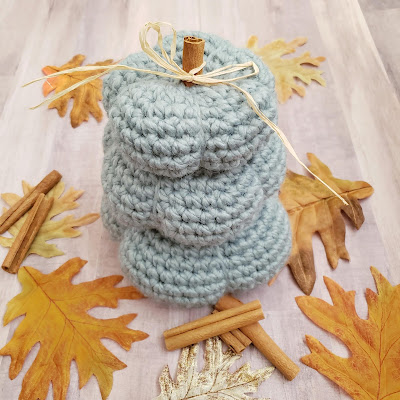 Enjoy making your Fall pumpkins! I'd love to see them! (@weewarriorcrafts) 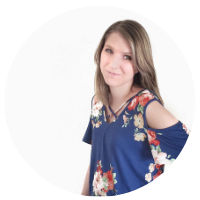 Welcome, I'm Jenn! When I'm not crafting, I'm chasing after my two little ones or delving into a new book with a glass of sweet tea. Come make something with me!